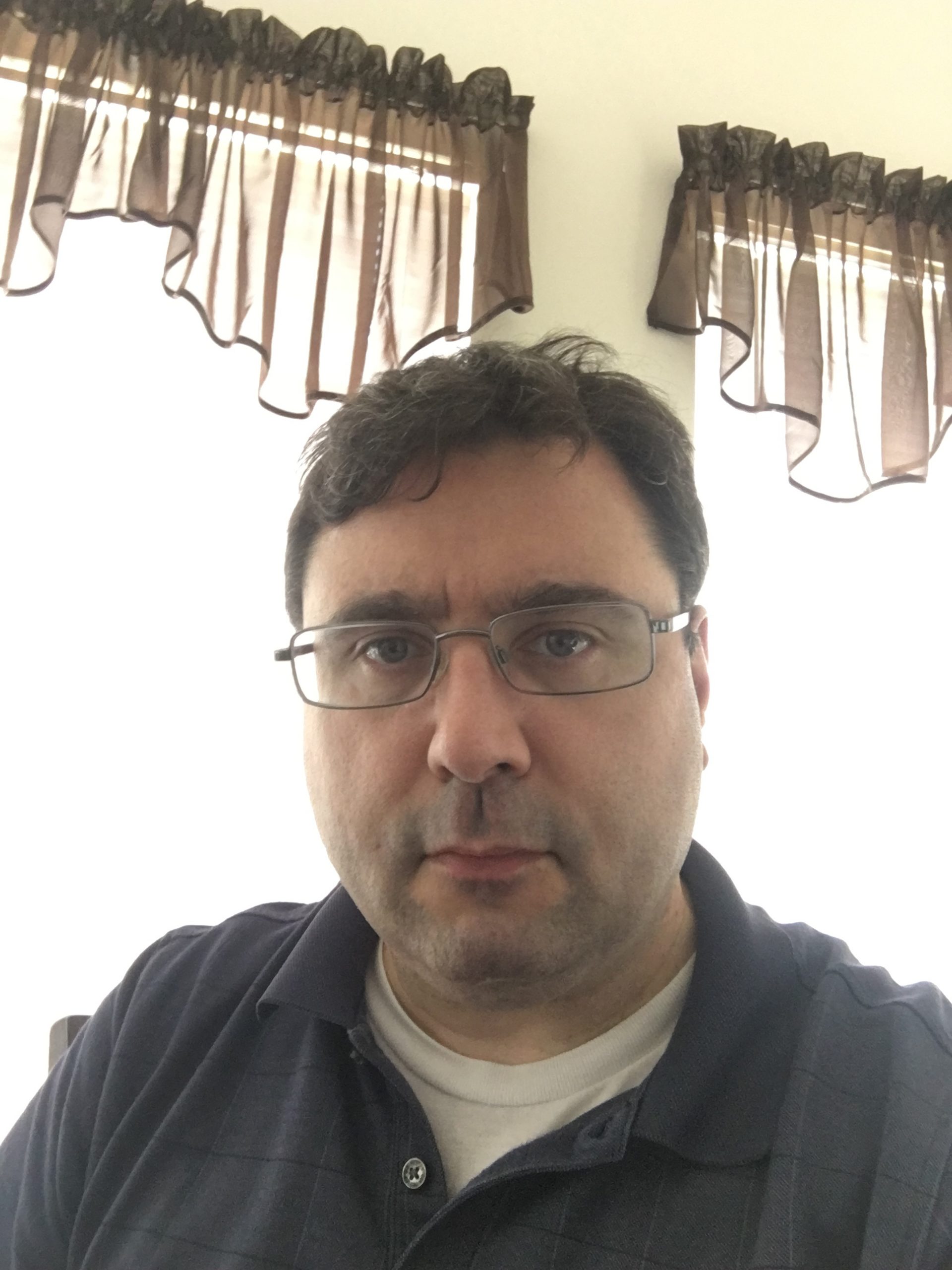 My featured author this month is the creator of a vast and complex epic fantasy world with gorgeous music to accompany his plot and magic system. Learn more about him in this exclusive interview!

Hi, Jeremy! Thank you so much for agreeing to this interview! To kick things off, tell me a little about yourself.

My hobbies include studying mathematics and statistics: I just find the process of analyzing complex problems fascinating. I work as a computer programmer, and that has been my profession since 1997. Originally, I am from Philadelphia, Pennsylvania.

Ooh, math and writing! I envy that. Numbers and I don’t get along at all. What led you to write fantasy?

I enjoyed the adventure of Treasure Island and The Hobbit, as well as the grand scale of the Star Wars ‘sequel’ novels Heir to the Empire, Dark Force Rising and The Last Command. Aside from that, the magic and horror of Frankenstein and some of Edgar Allen Poe’s short stories (especially The Fall of the House of Usher) held my attention. Additionally, Stephen King’s Dark Tower III: The Waste Lands was a fun read.

Those are some great reads! Makes sense they would influence you so much.

Going along with that, what sub-genres of fantasy do you prefer to write?

I prefer to write (and to read) epic fantasy, where at least some of the action has world-changing impact.

I definitely relate to that. Do you write with a particular message or worldview in mind?

Life is so complex, and there are many worthwhile subjects to study, yet there is not enough time to become knowledgeable in them all, nor sufficient time to become expert in more than a few. No matter which skills you choose to focus on developing, there will always be a situation where you need the help of an expert in another field. This is reflected in the themes and plot twists of my writing, especially in the magic system that forms the foundation for the entire series: you cannot do or know everything, so you have to make a choice of which single form of magic you will be able to use, and the choice is binding for life.

Sounds like a great foundation for a complex and enticing magic system. I love it!

What is your preferred writing style? Does it coincide with your reading preferences?

My writing style is past-tense, third person omniscient, because that allows me to handle a large cast of characters with varying levels of awareness, especially when several of those characters are telepathic. I have no reading preference other than clarity: the writing should be adequate to convey the story mostly explicitly rather than implicitly (unless it’s a detective novel that has to be deliberately misleading to conceal the mystery I suppose; however, I don’t read that genre.)

Makes sense. I admire you tackling omnicient perspective writing. Those intimidate the heck out of me. It’s tough to strike the right balance (for me, at least).

So, how do you feel about a hero vs. a protagonist in fiction?

The protagonist need not be a hero: a passive observer, a hapless victim, a loyal friend, or even a villain, can also work. The status of hero can be achieved in so many ways: brilliant strategy, self-sacrifice, combat training, good luck, generosity with inherited wealth at a time of need, conniving or even a well-constructed lie, related through an unreliable narrator. A hero can be someone who does all the right things for all the wrong reasons. A hero is whoever achieves victory — or appears to do so. A protagonist is whoever has the narrative focus, even if it’s because they just happen to be where the action is, and they merely watch the story unfold. In my own writing, Judith is a 1239 year old Chronicler of the Oath. She is the woman depicted on the cover of all nine books in the series. Judith is generally forbidden — by the tenets of the Chronicler’s Oath — from interfering in any given situation. Her duty is to truthfully record what she witnesses. She is a protagonist without being a hero.

Do you prefer a sympathetic villain or someone a reader loves to hate? Or is there another kind of villain you prefer to write?

A villain can be anyone or anything and I have no preference in that matter. The reason is that the adversary need not be a sentient being: a harsh climate, or a disease, or a damaged ship that cannot be steered correctly can just as easily be the source of problems in a narrative. I do tend to write mostly power-hungry villains. However, I’ve also written emotionally-scarred villains whose tragic backstories were sympathetic. On more than one occasion, a dangerous natural element has also served as the adversary.

Tell me more about one of your published works.

The series begins with Potion Voyages Book 1: Castle & Conceit, wherein the vain prince, Octavian, is easily manipulated by his scheming advisor, Cassius. These villains construct castles to threaten rivals and steal their wealth. Along the way, they capture Taesa, who is a young scholar of magic music. She sings a powerful song (Listen to Wanderer for free) to gain hidden knowledge, leading to a series of dangerous discoveries.

All of my books have my original song lyrics. In the narrative, music is the most flexible form of magic. I hired professional musicians to compose melodies and perform vocals using my lyrics. There are 66 songs total, with powers including discovery, enchantment, dispelling illusions, summoning storms or calming them, curing illnesses, destroying structures, peering into the darkness, commanding nature, restoring youth, banishing ghosts and more.

Wow! That’s incredible. I love how much scope and detail you’ve crafted, including actual music compositions.What are you working on now?

I am planning the remaining books in the series. The overall story is fairly large, and I left a number of open plot threads at the end of Potion Voyages Book 9: Ruin & Reliance, despite the triumphant happy ending and 7+ minute, immensely powerful finale song (Listen to Restore This Dying Land for free).

I cannot be certain—at this time—how many more books there will be. All that I can say is that book 9 is a peaceful resting point in the narrative, and the remaining storyline is larger than just 1 more book. Prequels may or may not be part of this: I haven’t decided yet, because I have mixed feelings about that sort of thing.

I’m impressed. Are you traditionally published or do you publish independently? Why did you choose that path to send your books into the world?

I am independently published. I want complete ownership of the books (all registered with the copyright office), the book covers, the book titles, the series title (which is a registered trademark), the songs, and the publication dates. This is my story, written in my style, on my terms and timeline. I am not in this for the money; only for the joy of experiencing and presenting this vast adventure. These past four and a half years of writing books and making music (i.e. my part was writing all the lyrics, then working with a talented team of composers, producers and vocalists to provide the great sound) have been tremendous fun. No traditional publisher would have allowed me the control I need and want.

That makes a lot of sense. I definitely respect your decision.

Who are your favorite authors and why?

My favorite authors include Robert Louis Stevenson because of Treasure Island, Mary Shelley because of Frankenstein, Edgar Allen Poe because of the The Fall of the House of Usher, J.R.R. Tolkien because of The Hobbit and Stephen King because of Dark Tower III: The Waste Lands. It all comes down to magic, adventure and a touch of horror being my favorite subjects.

What are your writing habits?

I write at the kitchen table, with iced tea in the warmer weather and hot coffee in the cooler weather. I occasionally listen to instrumental music while writing. Most often, I keep things quiet.

Do you prefer to plot your books out in advance, or do you dive in and see where the story takes you?

I plot all my books in advance. For book 1, I got three quarters of the way through with rough ideas and then had to pause to write an outline to figure out how to finish. Then—and only then—could I succeed. After that, I completely plotted all the remaining books before writing any chapters. I started out with bullet points in a Word document for outlining books 2 through 7, then started using an Excel spreadsheet for plotting books 8 and 9. Additionally, the major scenes — and the lyrics for the powerful magic songs that drive the dramatic events — have to be fully written in advance so that I can finalize them and send those lyrics to the musicians to get the composition, vocals and production underway. That’s necessary so that I can have the music ready when the book is published.

Do you enjoy writing plot-driven or character-driven stories more?

I write fairly complex plots. Without many interlocking story threads, the characters don’t seem to have much interesting work to do. Life is complex, and so are people and their motivations, and so is the environment, which all combine to produce elaborate tales.

That makes a lot of sense. What type of fantasy medium do you enjoy most?

I enjoy some fantasy movies (Star Wars and Lord of the Rings) as well as the fantasy books I mentioned. Additionally, I enjoy tabletop games such as Dominion (make smart purchase decisions to build your kingdom), Forbidden Island (the island is sinking—grab the 4 treasures and escape), Smash Up (where else can you combine Ninjas, Dinosaurs, Robots, Pirates, Cowboys, Wizards, Samurai, Vampires, Werewolves, Ghosts and dozens of other factions and then fight to control locations like graveyards and shopping malls) and Star Realms. Among video games, I prefer Gauntlet.

Switching tracks, what destination in the world would you most like to visit?

Somewhere far enough north — parts of Canada or northern Europe — where I could directly see the aurora borealis. Also, Amsterdam looks like a fascinating city to visit.

Great choices. The aurora borealis would be so breathtaking to see so close.

What is a fun quirk you have?

I can readily find more than one place to go to get water ice during the summer months. However, I am willing to go out of my way to find snow cones or Hawaiian shaved ice, which I enjoy much more. They are almost impossible to find in my area, and the vendors keep odd hours, making this a rare treat for me.

In closing, what advice do you have for up-and-coming writers?

Focus on building up your world map in great depth, including the stories behind your locations. Do this gradually, but pay lots of attention to it. Make the climate and terrain interesting. Bury secrets all over the place.

World-building is so much fun! Great advice. Thank you again for taking the time to interview with me, Jeremy! I wish you every success with your continued writing endeavors and I look forward to diving into your books.

To keep up with Jeremy Dwyer’s books, check out the links below!

Sign up for my newsletter for updates on writing, releases, events and more!